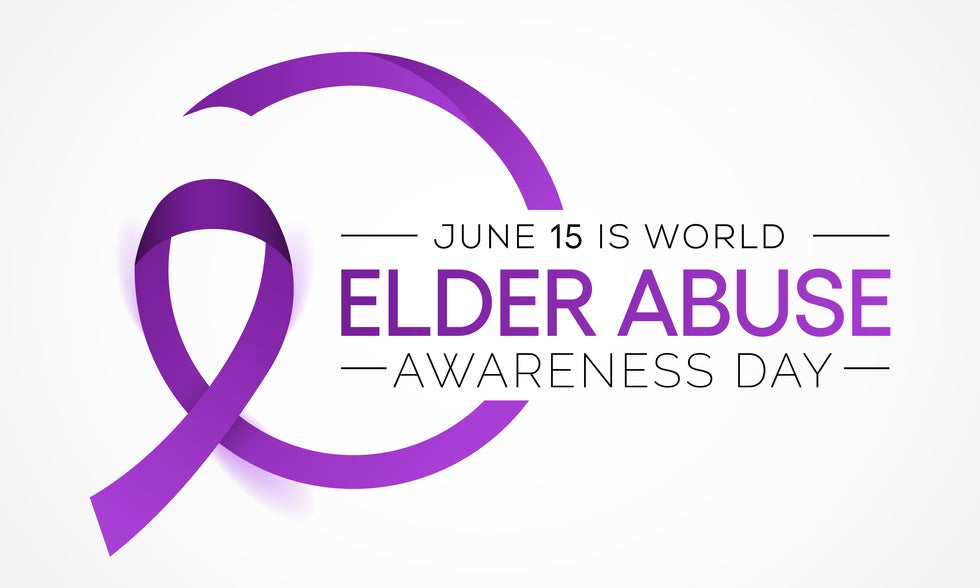 June is National Elder Abuse Month and, more specifically, June 15th, is National Elder Abuse Day.  According to the National Council on Aging (NCOA), elder abuse impacts over 5 million Americans every year with an estimated one out of ten Americans aged 60 and up falling victims of some type of elder abuse.  Bear in mind, this is of the incidents that are even reported.  It is believed that a majority of cases of elder abuse go undetected and unreported.

So, what exactly is Elder Abuse?

Elder abuse is the mistreatment of an elderly individual (typically over the age of 65) who may fall victim to someone who may be physically, mentally, sexually, or financially abusing an elderly person.  Elder abuse can happen to anyone regardless of gender, ethnicity, or economic status.  And while elder abuse can come in various forms and from various individuals, the statistics show that an alarming number of victims of elder abuse have been mistreated by some of their most trusted individuals, including their spouses, children, grandchildren, or other family members, as well as their caregivers and even financial or other advisors.

California law has determined that elder abuse can be defined through physical abuse, neglect, financial abuse, abduction, isolation and abandonment. However, a much broader definition has defined it as nearly any behavior leading to harm, pain or mental suffering of a vulnerable elderly individual.

How to Detect Signs of Elder Abuse?

As noted, many of the cases of elder abuse often go undetected and unreported.  This requires that others be informed about what signs of potential elder abuse they may be looking for.  As noted above, elder abuse is not just physical abuse.

According to the National Center on Elder Abuse (NCEA), here are some of the potential signs of elder abuse to be on the lookout for:

“See Something, Say Something.”

Unfortunately, because it is so common for elder abuse victims to be abused at the hand of family members, caregivers and advisors, the incidents of abuse can often go undetected by others.  Others may wrongly assume that these individuals are looking out for the best interest in elderly individuals.  This is why if you suspect someone is a victim of elder abuse, it is important to try to intervene where you can.  Before reporting any possible abuse, you may wish to get more involved with the individual's care and seek out your own further observations and spot any of the above warning signs.  If you feel that there is elderly abuse going on and it is beyond your control, contact Adult Protective Services (APS) and have them look into the matter further.

With greater awareness of elder abuse and more people potentially looking out for the elderly in our families and the community, we can take action to begin protecting this vulnerable group.

Thompson | VonTungeln A.P.C is committed to answering your questions about law issues in California.