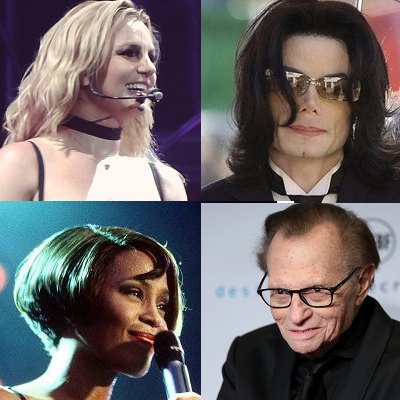 Here are some other well-known celebrities who have made some very unfortunate estate planning mistakes.

Most of these estate planning disasters - - due to a lack of knowledge, failure to keep things up-to-date, or just plain procrastination - - could have been easily avoided with a properly built and maintained estate plan, including a Living Trust.  This is where we can help.

Whether you have an estate plan or not, we invite you to attend one of our upcoming FREE seminars to learn more about the importance of properly drafted and up-to-date estate planning and how Thomspon | Von Tungeln can help you avoid these kinds of estate planning disasters!  At the conclusion of the seminar, all attendees will have the opportunity to schedule a free consultation with an attorney in our office and receive a special fee discount toward setting up (or updating) a Living Trust. If you already have a plan, this is a fantastic opportunity to get a second opinion and help ensure that your plan has been properly built and maintained for you and your family's needs and circumstances.  We hope to see you at a seminar soon!

Thompson Von Tungeln is committed to answering your questions about law issues in California.